The History of Puppetry

Puppets have been around for over 3000 years and have changed a lot in that time! From Punch and Judy shows on the beach to the beautiful puppetry of plays like Warhorse. Puppets are everywhere, and the history of puppetry is just as varied. This article takes a deep dive into where puppets came from and how they have evolved since the first puppets. 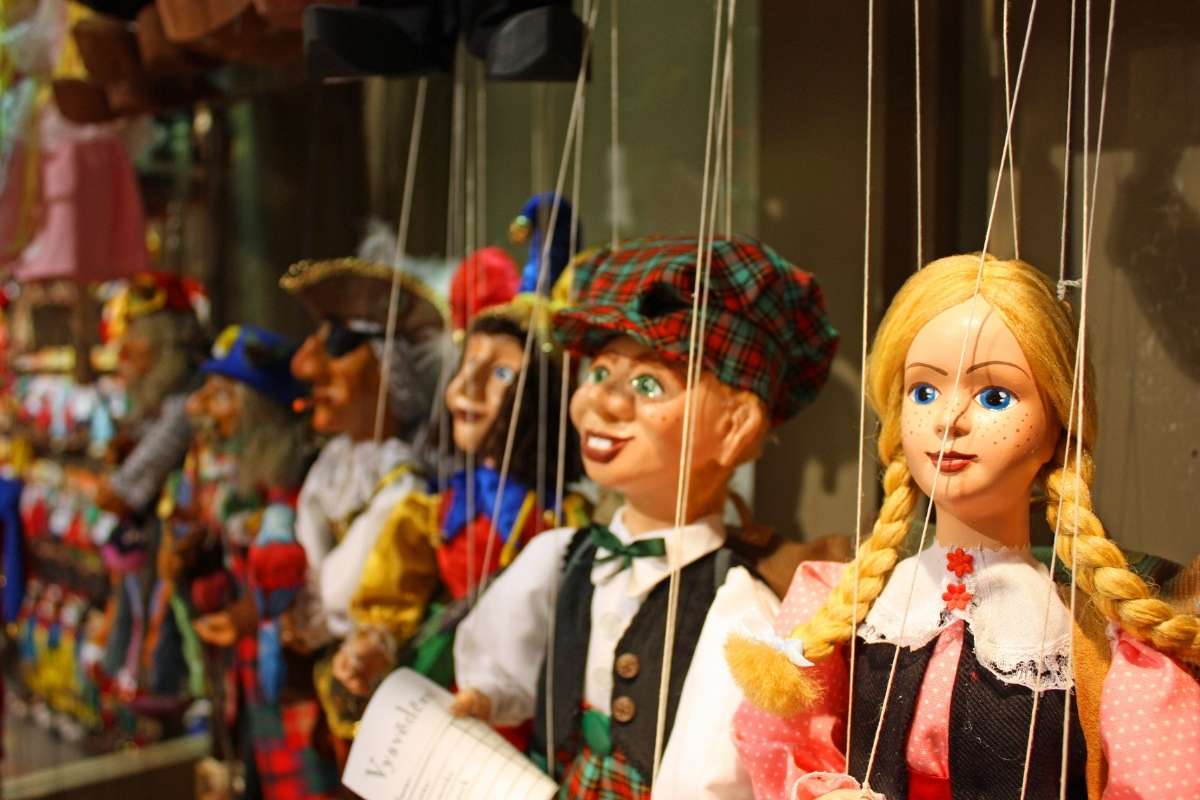 The history of puppetry dates back to ancient times, and it is claimed that puppets were actually used on stage even before human actors became the norm. The earliest puppets we have seen are from ancient Egypt, where articulated ivory and clay puppets have been found in tombs, which also shows the importance their owners must have placed on them. And it’s no wonder, owning a truly beautiful custom puppet would have been a real sign of status in ancient Egypt.

In Japan, the bunraku puppet tradition evolved out of rites performed in Shinto temples. Meanwhile, in Vietnam, water puppetry developed. This was a unique type of puppetry where wooden puppets look like they’re wading through waist-high water. Another key folk tradition that arose out of Indonesia is the art of shadow puppets which are still popular with children and adults today.

There is also a long tradition of puppets being used in ceremonies within the Native American culture. The wide range of places where puppets have been used shows that puppets’ universal charm and wonder is no new tradition. They have been used globally for hundreds of years.

The History of Puppetry Plays

Marionette puppets were the first ones to be used widely on stage. These puppets that were operated from above using strings or rods to make them move. These early puppet plays covered all sorts of different things, from religious stories to demonstrating contemporary events, such as the Gunpowder Plot. The puppeteers also travelled across England performing in private houses for the wealthy. Finger puppets and glove puppets also appeared at this time as a cheaper alternative.

The first record of Mr Punch was in Samuel Pepys diary when he saw a marionette show inside a tent. Throughout the 18th century, Mr Punch became a familiar character in a whole host of puppet plays. In 1738 there was even a specialist puppet theatre opened which was named after Punch! This tradition continued to evolve into the glove puppet Mr Punch we know and love today.

Puppets experienced a huge boom in popularity from the 1950s to the 1970s as they became widely used on children’s television shows. Sooty and Sweep, Andy Pandy, Basil Brush and more were amongst the early puppets to appear on TV. The Muppets and Sesame Street allowed the puppets’ popularity to develop even more. These shows are still airing today with the puppets virtually unchanged from when they were first used. Puppets are now a widely accepted part of entertainment, especially for children.

Puppets still definitely have a place on 21st-century stages, with The Lion King and Warhorse productions being two key productions that really put puppets in the public eye. In the 21st century, puppets are getting bigger and more impressive and often interact with humans on stage to create a blended experience. This interaction of puppets and humans creates extra layers of interaction and realism.