How to Perform with Puppets

Puppets can be a wonderful storytelling tool. Performances using puppets are a treasured part of our cultural history. As shown by puppet icons such as Sooty, Lady Penelope, War Horse and the Night Flyer, they can tell a wide variety of stories, from familiar children’s tales to powerful high drama. Even the most beautifully crafted puppet can come across as awkward and strange if the performer can’t convey the character’s narrative and emotions effectively. If you are just learning how to perform with puppets or looking for ways to improve your performances, here are a few key tips that can make a puppet come to life on stage. 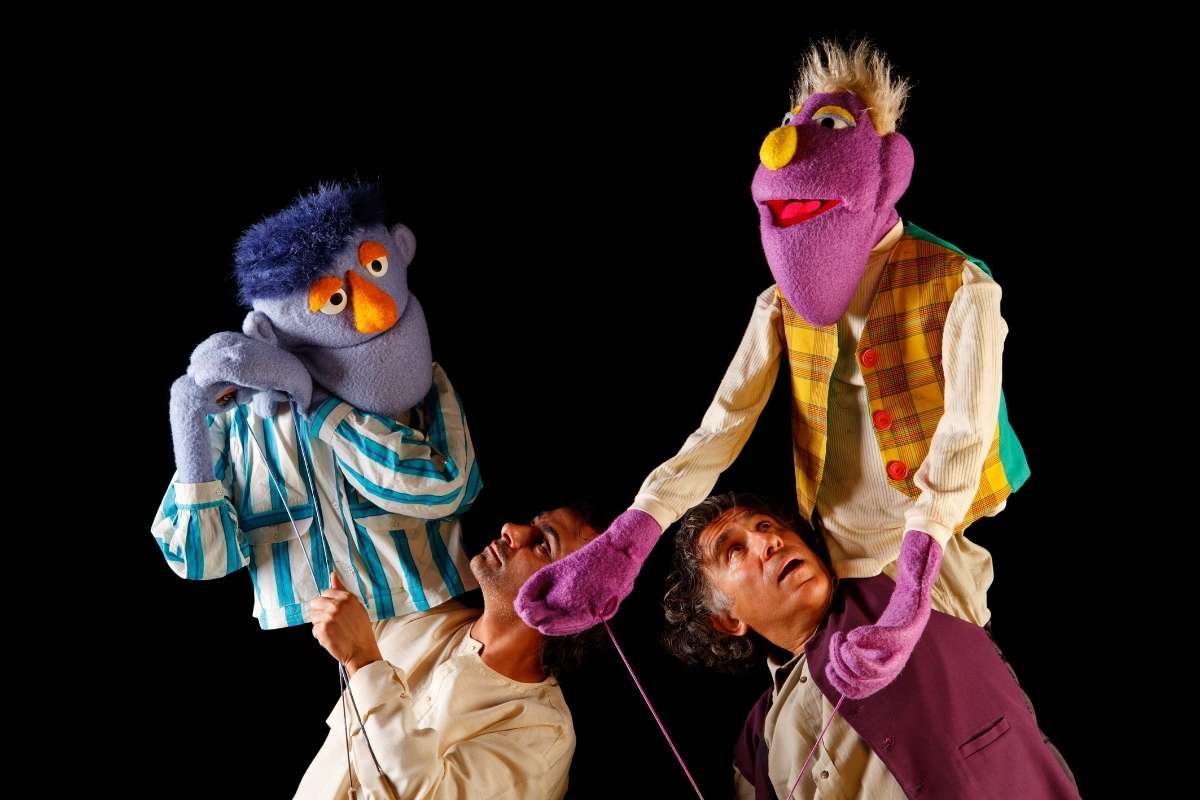 One of the most vital parts of all acting, with or without puppets, is the movement and expression of the eyes.

When your puppet character is interacting with others, it is crucial that they make obvious eye contact with them – whether that’s with the audience, human performer or puppet actors or with you, the puppeteer.

Eye contact can be made either during speech or immediately after but should clearly demonstrate where speech is being directed.

The eyes are also an essential part of narration and expression. If your character is going to react to something – perhaps the action of another character, a noise, or a found object – this can be shown by a double-take or glancing around to find the source of a  loud bang.

By paying attention to the eyes’ movement, you can easily make your characters appear more real and human. One strategy for identifying where your puppet should be looking is to record yourself or another person acting out the scene and tracking where the person looks. Then try to replicate those movements with the puppet.

When learning how to perform with puppets, a key element in bringing them life is to create natural movements and breathing.

Whenever your audience can see your puppet, it should be moving. A ridged or lifeless puppet on stage is the surest way to break the magic of a performance. Practice making your puppet appear to breathe with constant, small movements.

It’s also important to animate your puppet’s non-verbal actions consistently. Practice the way your puppet moves across your performance space. Make sure the movement matches the action in your story.

If your puppet is humanoid, you might give it a little rhythmic bounce action to indicate walking. If it’s an animal, you might want to try something different.

Convincing your audience that it is your puppet, rather than you, speaking on stage can be very difficult, but it’s one of the most important aspects of a puppetry performance.

If you are not in the performance space with your puppet, make sure that your voice is extra audible and clear. Performing from behind a curtain or in a booth can make you sound muffled, so you really need to practice making sure your character sounds right.

Be mindful to match the tone of your voice to your puppet’s actions. For example, if your character is frightened, their voice might increase in pitch; if they are tired, you might want to slow their speech and make them yawn.

Perhaps most importantly, make sure that you are moving the mouth of your puppet at the right time. Remember that the mouth should open when speaking vowels and close on consonants and that most of the movement should be done by the lower jaw.

While thinking about all of the things above, it’s important to keep your puppet’s personality at the front of your mind.

One way to make your character’s personality convincing is to match the puppet’s behaviour to its appearance and materials. Puppet makers can help you to make a character that is just right for your performance.

Colour and material can help create personality and inspire you when you’re exploring the puppet’s voice and movement profile.

If you want a gentle, shy character, you might ask your puppet maker to focus on pastel colours and light fabrics. An elderly puppet character might be indicated in shades of grey. Bold and bright colours might be used for an energetic, outgoing personality.

Learning How to Perform with Puppets

It’s not until you start performing with puppets that you realise how tricky it can be to bring your puppet to life. Many performers take years to hone the skills, so don’t worry if it takes you a while to master the subtle movements required for a natural performance.