What Are the Different Types of Props?

Watching TV, a film, or if we’re at the theatre, we generally focus on the actors and story unfolding in front of us. The setting, or set, usually comes second. Often overlooked are the props. Sometimes innocuous, sometimes integral to the story, there many different types of props. 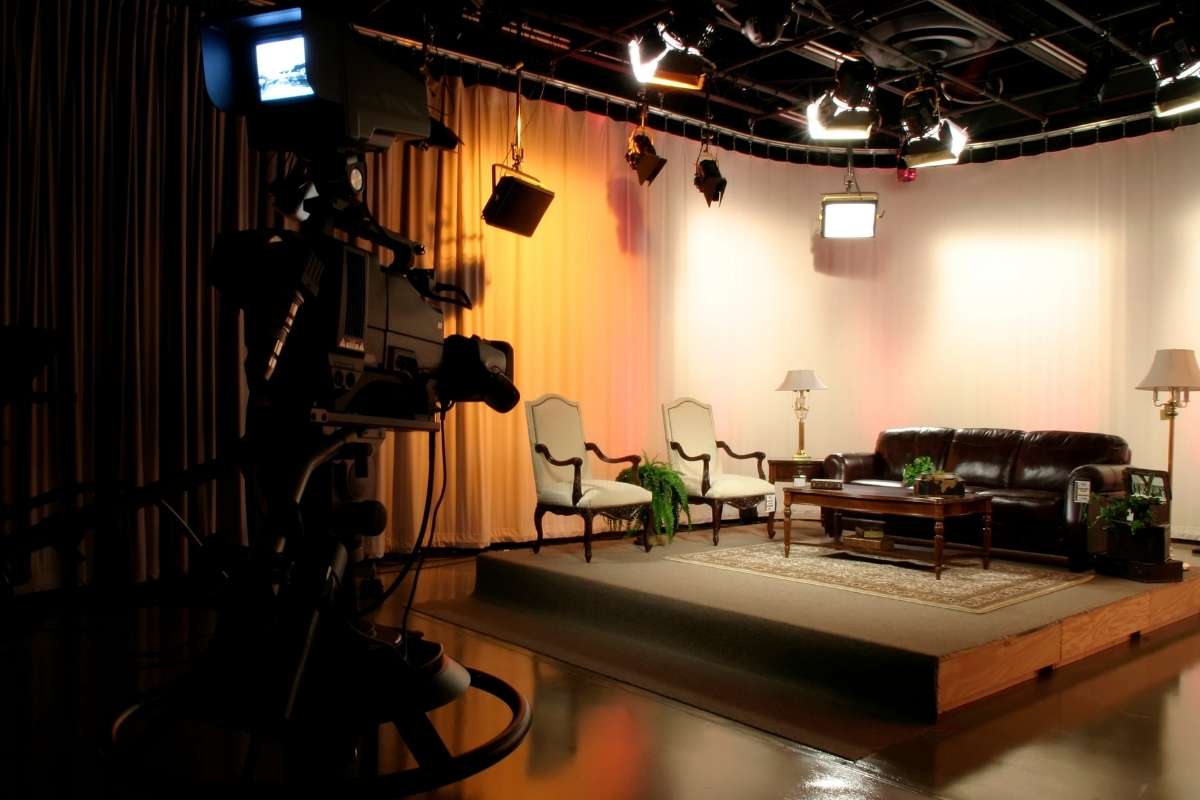 A gun in hand, fresh flowers at a graveside or a candle held by a shaking hand in a dark hallway are an effective use of props in driving a narrative. But there are many types of props used in film and theatre productions – some a key element in what’s happening, others we barely notice because we expect to see them. The industry breaks them down into groups – with occasional degrees of crossover.

Hand props are anything held or carried by an actor. An umbrella, gun, suitcase, a wad of money, a drink, a torch or anything else an actor might carry or pick up. Hand props will usually be small but often form a key part of the story and act to move it along. Hand props include perishables – things that will need replacing during the run of a show or perhaps every day if the prop is, say, an apple that gets eaten in every performance. On Graham Norton recently, Tom Cruise talked about having to bite into a new piece of chocolate cake dozens of times.

Something specific to a particular character. Think Sherlock Holmes’ deerstalker hat, Colombo’s raincoat, Indiana Jones’ bullwhip, Dame Edna Everage’s gladiolas or Bono’s dark glasses. They’re props that could be carried or used by anyone but are usually associated with a specific character or personality.

Plants (real or plastic), flowers and such like. Usually refers to indoor ‘greenery’ and generally on the smaller side. Something larger outside would usually come under the responsibility of the scenic department.

And then there are the larger types of props…

More often what we think of as stage props – make us think of that golden age of theatre; Agatha Christie, JB Priestley, Oscar Wilde and others. Set props include furniture such as a chesterfield couch or chair, a bed, or side tables. Or many of the moveable (or fixed) props featured in the kitchen sink dramas of the 1950s and 1960s. A sometimes blurry line appears with regard to set props depending on whether the prop is moveable (a chair) or built-in (a wardrobe or cupboard).

The ‘Trim’ prop category encompasses items such as paintings, wall hangings, photos, curtains and the like. Stuff that generally hangs.

More background type stuff that lends realism without grabbing the attention. Often the type of props that only get noticed if they’re not there; light fittings, books on shelves, carpet or rugs, windows, crockery on a dinner table, clothes (if a wardrobe is opened).

In some instances, special effects (if there’s a physical and/or mechanical component) fall under the responsibility of the props department. An exploding briefcase, a lamp that switches itself on and off or maybe a child’s electric train set.

The effective use of different types of props requires skill, organisation and a real eye for detail.

Continuity is key for a film or TV programme to have credibility. Actors’ continuity in terms of appearance is one thing, but viewers notice things like a table changing places from one scene to another, or the age and condition of flowers in a vase varying.

People will notice if a once full set of bookshelves sheds half of its stock between scenes. Keeping track and managing this type of thing takes serious administrative skill. In the case of a long-running soap opera, prop managers will need to consider ageing some props over a period of time – if say, a kitchen table is the centrepiece of many scenes over a 10 or 15-year period. They also need to consider what looks realistic to start with. Would millionaires in a country mansion sit around an £80 IKEA kitchen table?

The choice of different types of props might not make or break a film or play but… like the good performance of minor character, they lend credibility and authenticity. In some instances, a prop will be key and instrumental in moving the narrative along.